How to make a protective amulet? An powerful amulet recipe that you can make yourself at home to protect yourself from all kinds of evil and harm.

How to make a protective amulet: To be protected from evil, write the name Turanin, which is a Berhetiye esma, 5 times on a piece of paper. In addition, write the last 4 verses of Surah Hashr (Lev Enzelna) 1 times, the Arabic letter He 3 times, and the Arabic letter Hemze Elif 7 times. Wrap this paper in a waterproof, protective cover. As long as you keep carrying it on you, nothing can harm you.

A paper, usually folded into a triangular shape and placed in a waterproof sheath, which is believed to protect the wearer, bearer or possessor from harmful supernatural influences, to bring goodness or to save from illness, etc., and to have a religious or magical power hidden within it, usually written in Arabic letters. 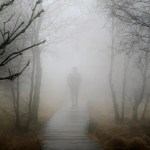