Detailed information about the occult Berhetiyya essences, popularly known as Berhetiyya Prayer. What is the origin of Berhetiye prayer / esmas, what are its effects and virtues, in which language:

The 28 occult/secret names used for all kinds of good or bad purposes such as sending down angels, summoning hüddam, jinn and the like, sending them back or sending them away, and making people sick, healing them, curing them, making them curse, opening their fortunes, hiding something or revealing hidden things… are collectively called Esmai Berhetiyya or Berhetiyya Prayer as it is popularly known.

It is rumoured that these names, also popularly known as the Berhetiyya prayer, were engraved on the four sides of the throne of Prophet Solomon. There are also rumours that trace the origin of these names to the Prophet Idris. It is rumoured that Asaf ibn Berhiya, the famous vizier of the Prophet Solomon, and Hakim Kalfetiryusun also used Berhetiyya. [1]Abil Abbas Ahmad Bin Ali Al Buni, Menbeu Usulul Hikmeh It is rumoured that there is a spiritual penalty for using these essences (Berhetiye prayer) unnecessarily and vainly, especially for vanity purposes, such as moving objects, teleporting from one place to another. It is recommended to use these essences only in case of need, for example; It is recommended to be used only for the sake of God, such as healing a patient or helping a person in distress.

The oldest Aramaic sources were found in Syria in the early 2nd millennium BC. In the early 1st millennium BC, it was adopted as the dominant language instead of Akkadian in Mesopotamia, which included the countries of Babylon and Assyria, and became the official correspondence language of the Persian (Iranian) Empire, which dominated the entire Near East in the 6th century BC. In the same period, it began to be used by Jews as a daily spoken and written language instead of Hebrew.

Since Aramaic was spoken by many peoples, religions and countries in history, it was divided into countless dialects and had the opportunity to spread over a very wide geography from Western Europe to the Far East between 300 BC and 700 AD, which was its most glorious period. With the spread of Islam in the 7th century AD, it was replaced by Arabic. It is estimated that there are approximately 2,000,000 users today.

Below you will find a complete list of Berhetiyya names. However, each name in the list has its own unique features. For this reason, each name has unique forms of application for specific purposes. Since this article is for general information purposes, we have not included application recipes related to the names mentioned. You can find detailed information about the applications and rituals specific to each name from the occult category of our site by searching according to your needs.

Berhetiyya Names are as follows: 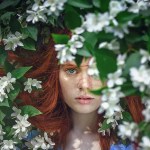 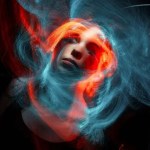